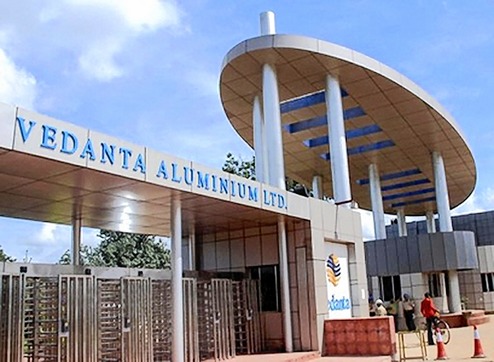 The Company has initiated ‘Energy Conservation Project’ for peripheral villages. The project has the objective to promote clean lighting and clean cooking in the villages of Lanjigarh.

Prior to this, solar lights were also distributed in Sindhibahal village, which was appreciated by the villagers. Besides helping children study in the evening, these solar lights will also help women and other members of the family in fulfilling household chores at night. To promote clean cooking among the rural folk, Vedanta has conducted demonstrations on fuel-efficient chullah in villages and enrolled women associated with self-help groups under the central government’s Ujjwala scheme for LPG connection. With the aim to cover 15 peripheral villages in fiscal 2020-21 and transform 70 villages of Lanjigarh block into energy efficiency villages of Kalahandi district in three years, this program is a unique example of community development through innovation and employee volunteerism, converging community development initiatives of the company with government schemes. So far, about 50 households have been benefited by the project.

Referring to the initiative, Vedanta Limited, Lanjigarh unit COO Rakesh Mohan said, “Vedanta Lanjigarh has always worked towards socio-economic development of the community, with a focus on women and children, through impactful developmental interventions and social outreach programs. We develop effective solutions for the needs of the community, aimed at bettering the lives of the local populace and improving their standard of living. The energy conservation project which champions clean lighting and clean cooking fuel in villages is one such effort. We have always believed in being partners in progress for our communities, and our employees who volunteered to be a part of the solar light distribution program stand testimony to that.”

Appreciating the program, Sanjita Mishra, a student of Sindhibahal village said, “Earlier we had to depend on candles and fuel lanterns to study in the evening hours, mostly due to disruptions in electricity supply. Now, thanks to the solar lamps distributed by Vedanta, I have been able to extend my study hours well into the evening. The lamp is also helping my mother cook and do other household work at night with ease and comfort.”

Vedanta is the largest producer of aluminium in India and remains the premier manufacturer of metallurgical grade alumina. The company operates a 2 MTPA (million tonnes per annum) capacity alumina refinery in Lanjigarh (Kalahandi district, Odisha), India since 2007 and an associated 90 MW captive power plant.