Odisha stresses on capex for high growth rate in FY 22, Non-tax revenue up by 49% in FY 21 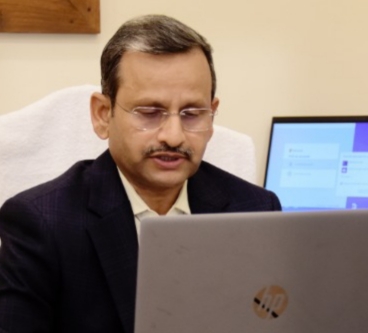 Bhubaneswar: As an outcome of the application of 5-T principles in financial management, State has enhanced its fiscal performance capacity over last years. The ‘Ease of tax payment’ through online modes and ‘e-receipts’ have also been helpful to a significant extent while ensuring transparency in revenue matters. This was known from all secretaries meeting held on digital mode under the chairmanship of chief secretary Suresh Chandra Mahapatra from Lokseba Bhawan wherein principal secretary finance outlined the financial performance of different departments for discussion.

Taking a review of the department wise fiscal performances, chief secretary Mahapatra directed the departments to “speed up capital expenditure under different programmes during the current working season for keeping up the higher growth rate. Mahapatra also directed principal secretaries and secretaries of different departments to closely monitor the livelihood enhancement projects and schemes during the current FY.

Principal secretary Meena appraised that “the online mechanism for appraisal and approval of projects has been operationalised with multi-year expenditure commitment”. It was decided that finance department would delegate more financial powers to the administrative departments for expediting the project implementation.

Chief secretary also reviewed implementation of the projects under DMF and OMBADC. Review showed that progressive collection till March. 2021 under DMF was around Rs.12376 crore against which around 19496 numbers of projects estimated around Rs.13, 749 crore were sanctioned in different districts. Out of the sanctioned 19,496 projects a total number of 12,848 projects were completed by end of March, 2021. Similarly, under OMBADC Phase-II, around Rs.19, 000 crore was collected as of March, 2021 against which 38 projects of worth around Rs. 14,043 crore were sanctioned. As per available data, the projects were in different phases of implementation.