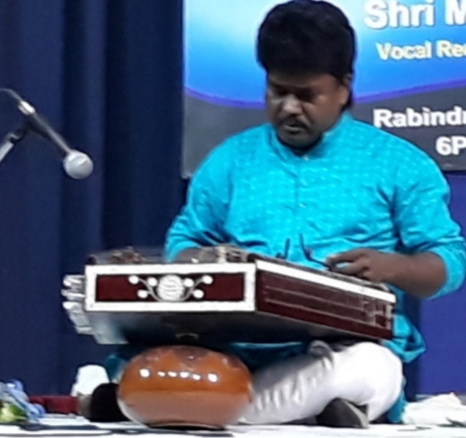 The evening started with Santoor recital by Nanda Kishore Das. The Balasore-based Santoor player opened with Raag Kirbani. He was accompanied by Kulamani Sahoo and Siba Prasad Das on Tabla.

The Award which comprises a cash prize of Rs 15,000and a citation was presented to vocalist Milan Panda by president Dr Behera.

Milan Panda is accompanied by Sushant Jena on Tabla, Sumanta Maharana in harmonium and Barsha Rani Sahu in Tanpura. He started with Raag Malkaunsh.