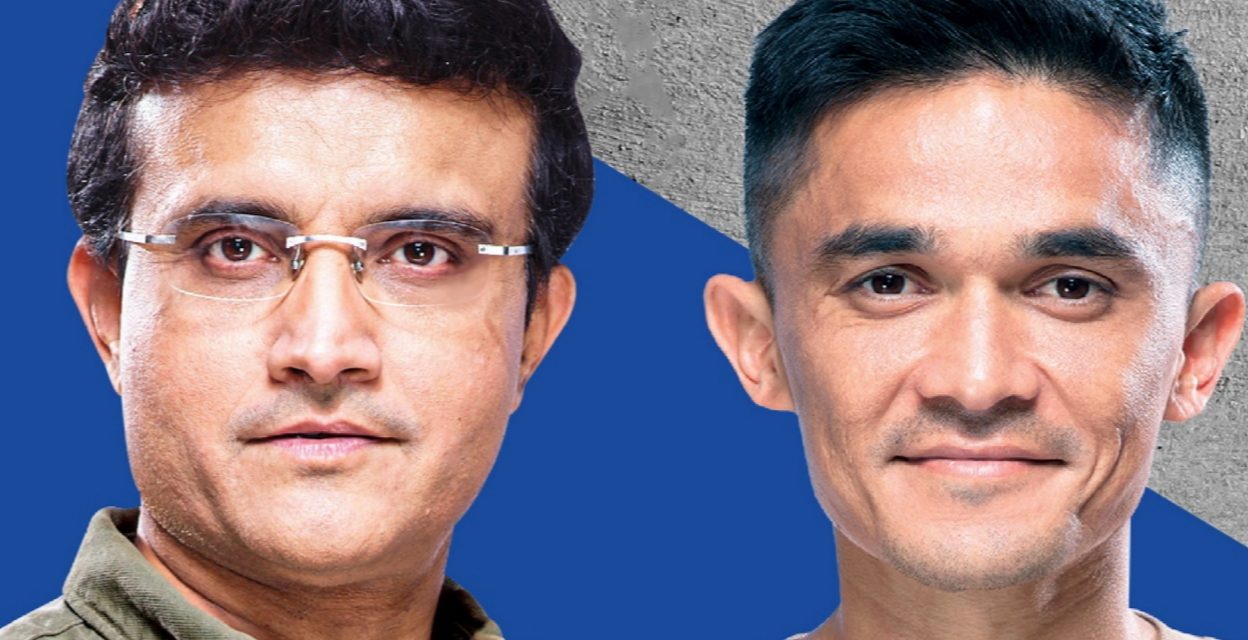 Bhubaneswar: JSW Cement, India’s leading producer of Green Cement and part of US$ 14 billion JSW Group,has brought on board former Indian cricket captain &current President of the Board of Control for Cricket in India, Sourav Ganguly and Captain of India’sNational Football Team & Bengaluru FC,Sunil Chhetri as its brand ambassadors. The company isrolling out its new marketing campaign‘Leader’s Choice’ featuring both these sports icons on June 20th across West Bengal, Bihar and Odisha. JSW Cement’s Leader’s Choice is the first marketing campaign featuring top Indian sports celebrities.

Sourav Gangulyhas been one of India’s most successful captains and is widely credited for the Renaissance in Indian Cricket. Sourav had the foresight to identify and nurture several Indian cricketers when he was the Captain. Some of the most successful Indian cricketers were given an opportunity under his leadership. Sunil Chhetri is popularly referred to as captain, leader, legend and inarguably the greatest Indian footballer of his generation. He is well-known world-over for being the second highest active international goal scorer even ahead of Lionel Messi and only behind Christiano Ronaldo.

Speaking about the new Brand campaign, Mr. Parth Jindal, Managing Director of JSW Cement, said,“Our‘Leader’s Choice’ campaign resonates with the life choices of the modern Indian who builds his own house, leads by example and thus is a ‘Leader’ in his own right. JSW Cement is the Market Leader in India for Eco-friendly PSC Cement (Portland Slag Cement) which imparts higher ultimate strength & longer life to structures.I am pleased to welcome two of India’s greatest sport leaders -Sourav dada and Sunil Chhetri to the JSW Cement family. Both of them are ‘Leaders’ who have led India to success on international platforms.Sourav & Sunil’s life journey resonates with the brand journey & achievements of JSW Cement which today, ranks amongst thetop 10 cement companies in the country.”