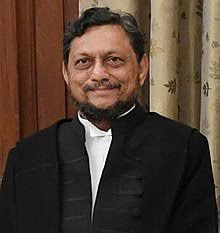 However, the order was pronounced not without a virtual hiccup.

Just as the CJI SA Bobde proceeded to pronounce the court’s order, his microphone failed to pick up any audio. Thus there was some delay in pronouncing the order.

Justice Bobde, who is now on a vacation, was hearing the case from his home in Nagpur through video conferencing.

The chief justice also gave a hint about his sense of humour while hearing the case.

When solicitor general Tushar Mehta said that the Centre wanted to assist in the organisation of the event, CJI Bobde replied, “Pick up the phone and speak to Harish Salve and coordinate with him after the hearing.”

Salve, was appearing for the Odisha government, from London through video conferencing.

Salve told the bench that the State government would coordinate with the temple committee and the Union as well.

A three-member bench of the supreme court headed by chief justice Bonds Monday heared a bunch of petitions seeking an order to conduct the Puri Rath Yatra. It was on 18th June, the same bench had passed an interim stay order on holding Rath Yatras in Odisha. The bench, however, modified it’s stay order and allowed only the Puri Rath Yatra to be conducted with rider that strict Covid-19 safety rules would followed.