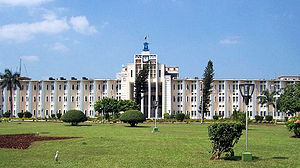 The State government Saturday shut down Cuttack, the second biggest city of the State till 8th July. The government owned Acharya Harihar Cancer Hospital turned out to be hotspot in the city.

Similarly, as Ganjam district turned out to be hotspot of the pandemic in the State, the government had reinforced the district administration by sending two young IAS officers and six OAS officers to monitor the measures.

The government has appointed Parul Patwari as ADM Chatrapur and Vishal Singh as ADM Bhanjanagar sub-divisions.

In the Unlock:2.0 regime, as many as 16 districts have declared weekend shut downs till 31st July.