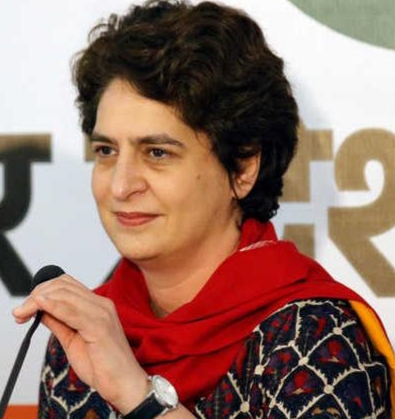 New Delhi: Priyanka Gandhi has vacated her government bungalow in the city on Thursday, a day before the July 31st deadline.

Priyanka was asked by the Central government general adminstration department to vacate the official resident by July 31st or face penalty. She lost the entitlement for the house as her security level downgraded from Z -category. She handed over the key to the CPWD.

The scion of Gandhi family was allotted 35 Lodhi Estate bungalow 20 years back on security point of view.

The bungalow has been allowed to BJP media chief and Rajya Sabha member Anil Baluni.