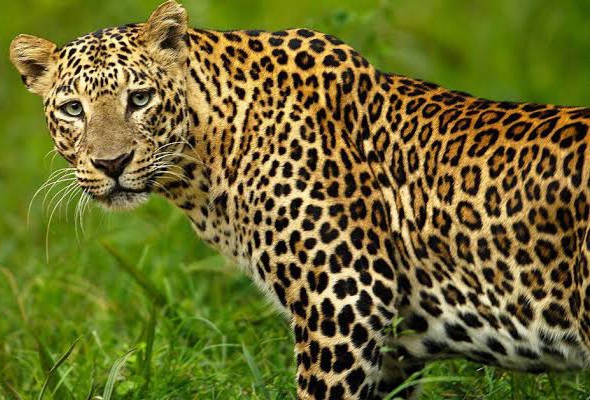 Bhubaneswar: Odisha forest officials have arrested four poachers from Ganjam district in connections with different incident of killing wild animalas and trading with their body parts.

The officials have seized leopard skin, carcass of a wild boar, sharp weapons and gunpowder from them.

The Berhampur divisional forest officer (DFO) Amlan Nayak said that one T Sushant Reddy of Mangarajpur village near Digapahandi was arrested on Monday evening for possessing and trying to sell leopard hide, He said that the Berhampur range office Dillip Kumar Martha and his team posed as customers and trapped the accused. An adult leopard was suspected to have been poached around 15 days ago, the DFO said.

Stating that the accused has said that he had bought the skin from one persons in Chandragiri area of Gajapati district, the DFO said corroborating evidence are being collected.

DFO Nayak said two persons, Srikant Das and Kabi Das, were arrested on Tuesday for allegedly killing a wild boar in a forest area near Sasan Ambagaon. According to him, the fourth poacher Gagan Swain was arrested on Tuesday from a forest near Aladigaon while trying to hunt wildlife. Sharp weapons and gunpowder, used for killing animals, were seized from him, the DFO added.