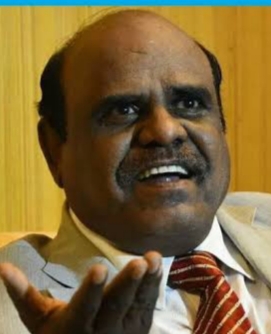 Chennai: The Chennai police cyber cell on Tuesday booked former HC judge C S Karnan for his remarks against several former and sitting judges of the high court and the supreme court.

A senior officer said the complaint was followed by a letter written by senior lawyers of Madras high court to chief justice of India Sharad A Bobde against Karnan over a video in which he is purportedly heard making objectionable comments against women, threatening judicial officers and spouses of judges with sexual violence.

The video also shows Karnan alleging that some judges of the supreme court and the high court “sexually assaulted women court staff and women judges” and naming the alleged victims.

The lawyers’ letter to CJI Bobde said Karnan’s statements “amount to a horrific act of violence and an affront to the dignity of all women” and “reveal a deep-rooted misogyny” and sought immediate action.

The supreme court had sentenced Karnan to six months’ imprisonment in May 2017 after he was found guilty by a seven-judge bench for contempt of the apex court, the judiciary and judicial process.

He was punished when he had six months left in the service. Karnan, who faced several corruption allegations during his career, had claimed that he was targeted because of his dalit background.