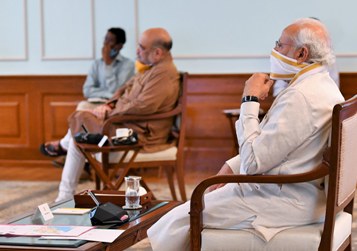 (v)   In order to offer fair opportunity to the localized industry within the State and reduce crisscross movement of ethanol, Oil Marketing Companies(OMCs) shall decide the criteria for priority of ethanol from various sources taking in account various factors like cost of transportation, availability, etc. This priority will limit to the excisable boundaries of the State / UT for production in that State / UT. Same order of preference will be given thereafter for import of ethanol from other States wherever required.

All distilleries will be able to take benefit of the scheme and large number of them are expected to supply ethanol for the EBP programme. Remunerative price to ethanol suppliers will help in reduction of cane farmer’s arrears, in the process contributing to minimizing difficulty of sugarcane farmers.

Government has been implementing Ethanol Blended Petrol (EBP) Programme wherein OMCs sell petrol blended with ethanol up to 10%. This programme has been extended to whole of India except Union Territories of Andaman Nicobar and Lakshadweep islands with effect from 01st April, 2019 to promote the use of alternative and environment friendly fuels. This intervention also seeks to reduce import dependence for energy requirements and give boost to agriculture sector.

Government has notified administered price of ethanol since 2014. For the first time during 2018, differential price of ethanol based on raw material utilized for ethanol production was announced by the government. These decisions have significantly improved the supply of ethanol thereby ethanol procurement by public sector OMCs has increased from 38 crore litre in Ethanol Supply Year (ESY) 2013-14 to contracted over 195 crore litre in ESY 2019-20.

Consistent surplus of sugar production is depressing sugar price. Consequently, sugarcane farmer’s dues have increased due to lower capability of sugar industry to pay the farmers. Government has taken many decisions for reduction of cane farmer’s dues.

With a view to limit sugar production in the country and to increase domestic production of ethanol, government has taken multiple steps including, allowing diversion of heavy molasses, sugarcane juice, sugar and sugar syrup for ethanol production. As the Fair and Remunerative Price (FRP) of sugarcane and ex-mill price of sugar have undergone changes, there is a need to revise the ex-mill price of ethanol derived from different sugarcane based raw materials.