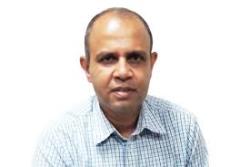 By October end of the current year, the total revenue collection has grown by 2.27% over the corresponding period of last financial year. This was known from all secretaries meeting held under the Chairmanship of chief secretary Asit Tripathy in LoksebaBhawan conference hall on Tuesday.

Review showed, the revenue generation from both own tax and non-tax sources grew around 2.27% by end of October, 2020 in comparison to the corresponding period of the last year. The total revenue generation from both the sources by end of October, 2019 was around Rs. 25002.84 crore which increased to Rs.25571.42 crore during the current financial year. The total non-tax revenue during the period grew by 23.41% during in current fiscal in comparison to the last fiscal year. The total revenue generated from non-tax sources up to October 2019 was Rs7533.26 crore which increased to Rs 9296.60 crore during the corresponding period of the current year. Similarly, even on face of shutdowns and lockdowns, the budget utilization crossed Rs.51,000 crore by October, 2020 with highest utilization of around Rs.26,000 crore in social sector.

Chief secretary Tripathy directed the departments to “focus on speedy implementation of the livelihood and infrastructure laying projects”.

The development commissioner Suresh Chandra Mohapatra said, “projects of around Rs.20,000 crore are being implemented under OMBADC and DMF. Those projects be expeditiously completed and commissioned for providing service to the people”.

Further, chief secretary asked the departments of water resources, rural development, works, housing & urban development to “prioritize identified strategic projects and complete those within the scheduled time”. He assured the departments that there would be “no dearth of funds project implementation”.

Tripathy also directed the departments to furnish their budget input by December end for preparation of ensuing 2021-22 annual budget.