SC to hear Arnab’s plea against rejection of bail plea 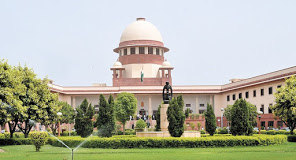 The vacation bench of Justices DY Chandrachud and Indira Banerjee will take up the pleas filed by Goswami and two other accused in the case shortly after beginning hearings at 10:30 am.

The high court on Monday, 9 November, had refused to grant Goswami interim bail using its powers under Article 226 of the Constitution, saying he should instead go to a sessions court and apply for regular bail.

Goswami filed his challenge in the apex court on Tuesday.