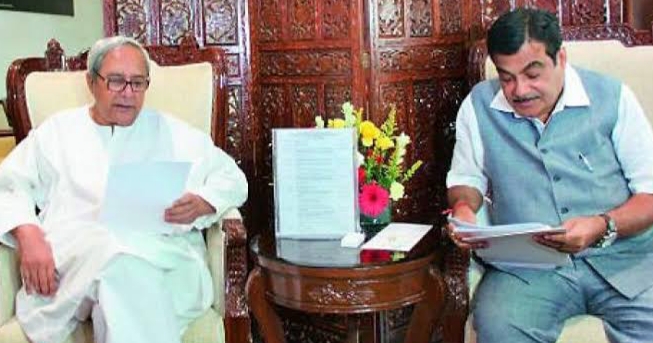 Bhubaneswar: Odisha chief minister Naveen Patnaik Thursday written a letter to the union road transport and highway minister Nitin Gadkari seeking intervention for completion of 315m long 4-lane bridge is to be constructed over the spill channel at Km 173.325 of Rimuli-Roxy-Rajamunda Section of NH215 (New NH 520) by NHAI.

Government of Odisha has undertaken construction of Kanupur Irrigation project , a major irrigation project over River Baitarani in the State which will create an irrigation potential of 29578 ha in the tribal dominated Keonjhar district. The project is being funded by Central assistance under AIBP. The construction works for the project has been started since 2004-05, and yet to be completed because of various problems including the 4-lane bridge.

“At present we have completed major headwork components except the earth dam in the river gap and five blocks of the spillway. These left-over components are suspended temporarily because of the fact that a 315m long 4-lane bridge is to be constructed over the spill channel at Km 173.325 of Rimuli-Roxy-Rajamunda Section of NH215 (New NH 520) by NHAI. The NH runs parallel to the 3460m long earth dam in this portion and the above-mentioned bridge remains a major bottleneck in completion of the balance components,” Patnaik has stated in his letter.

The chief minister has urged the union minister to intervene into the matter and see that the bridge is completed at the earliest. He has cautioned that any delay would lead to further cost escalation of the project and loss of benefit it is intended for.

“Since Government at present is taking all out steps for the early compietion of Kanupur Irrigation Project and is committed to economic upliftment of the tribal community by providing irrigation to the agricultural fields, completion of the bridge carries a lot of importance not only to us but also, I am sure, to Central Government.”