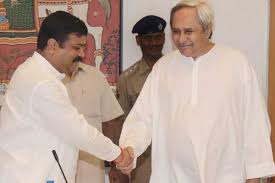 New Delhi: The union steel minister, Dharmendra Pradhan, has expressed concern over lower production of iron ore in the country which according to him affects steel production.

Pradhan, who shared a virtual meeting with union coal and mines minister Pralhad Joshi and Odisha chief minister Naveen Patnaik, on Wednesday, stressed on operational of iron ore mines which were auctioned recently.

Between January and November of 2020, the iron ore production in the country has come down to 98.2 million tonnes from 123.8 million tonnes during the same period last year. Now only five of the 24 mines Odisha which were auctioned by March 2020 have been operarional resulting in scarcity of iron ore and price rise of the ore in the domestic market.

The two union ministers and the Odisha chief minister decided to expedite the opening up of auctioned mines to normalise raw material supply to Indian steel industry.