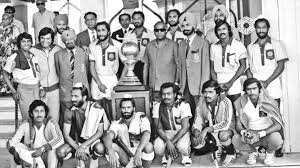 Kindo was under treatment for old age related ailment in Rourkela IGH hospital for the last one month.

Kindo, known as super defender, was part of the Indian team that won World Cup Hockey in 1975. He was conferred with the Arjun Award for his contribution to Indian hockey.