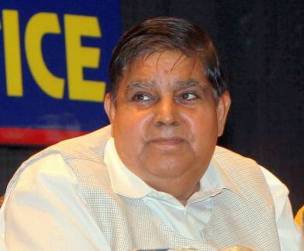 Kolkata: Speculations are rife over imposition of President’s Rule in West Bengal as the governor Jagdeep Dhankhar is going to meet the union home minister Amit Shah in Delhi on Saturday. The meeting is considered to be politically significant given the BJP leaders in the State demanding for Central rule in the State alleging law and order situation.

The poll bound State is witnessing worst political violence in recent time as TMC and the BJP are pitching for power.

Elections to the 294-member Bengal Assembly are likely to be held in April-May.

Raj Bhawan sources said that the governor’s engagements include calling on the union home minister Amit Shah on Saturday. Dhankhar will fly to New Delhi tonight, the sources added.

The West Bengal governor is quite critical of Mamata Banerjee government in the State and he has crossed sword with the TMC supremo over the deteriorating law and order situation in the State.

Elections to the 294-member Bengal Assembly are likely to be held in April-May.