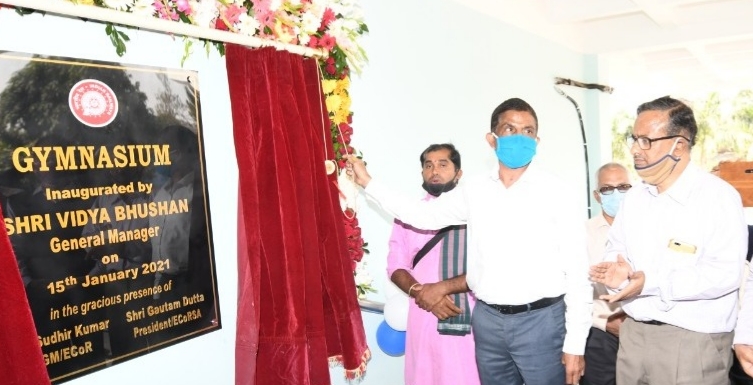 In order to promote the sports, railway indoor sports complex of East Coast Railway Sports Association (ECoRSA) have been built and now this has been upgraded with many facilities. This sports complex has facilities for badminton, table tennis, volley ball, table tennis, basket ball, handball, kabaddi, carom & chess including lawn tennis, yoga and gymnasium. Several national sports events have also been hosted at the Railway Indoor Stadium.

Apart from this, the Cricket Academy will help to promote the railway employees, their wards and local youths about the sportive spirit and to expose their inherent talents on sports and to develop their skills. It is also open for public on payment basis for sports activities.

Among others Gautam Dutta, president, ECoRSA and Ashoka Ku. Mishra, general secretary, ECoRSA were present on the occasion.