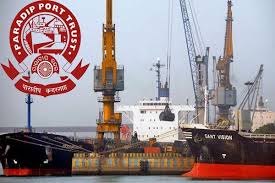 Mansukh Mandaviya, minister of state (I/C) for ports, shipping & waterways moved the bill in Rajya Sabha today and it was passed. Now the Bill will go  to the President of India for his assent.

With a view to promote the expansion of port infrastructure and facilitate trade and commerce, the Major Port Authorities Bill 2020 bill aims at decentralizing decision making and to infuse professionalism in governance of major ports. It imparts faster and transparent decision making benefiting the stakeholders and better project execution capability.

The Bill is aimed at reorienting the governance model in central ports to landlord port model in line with the successful global practice. This will also help in bringing transparency in operations of Major Ports.This will empower the Major Ports to perform with greater efficiency on account of full autonomy in decision making and by modernizing the institutional framework of Major Ports.

The salient features of the Major Port Authorities Bill 2020 are as under: –