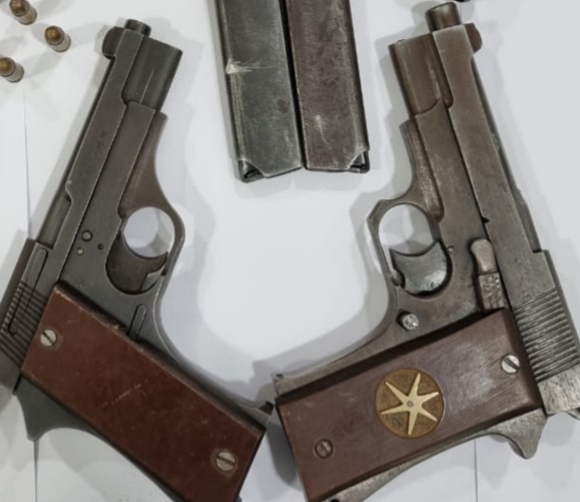 Basing on intelligence input regarding illegal possession/sale of illegal fire arms by some inter-state criminals namely Rabindra Prasad of Munger, Bihar and Biswanath Bisoi of Srikrushnapur, district Balasore, a team of officers of STF intercepted the above persons near Ranital, Bhadrak. During search heavy arms and ammunitions including five 7 MM automatic pistols, 7 Magazine and 7 live ammunitions were recovered from their possession.

According to an official press communique, the Odisha Crime Branch has said that a case has been registered on Wednesday (STF PS case No.19 dated 05.05.2021 U/s. 25/27 Arms Act) and the investigation is going on. Both the arrested persons will be forwarded to the court, it said

During last one year, the STD drive against illegal arms & ammunitions has resulted in seizure of as many as 27 fire arms, 61 live ammunitions and arrests several criminals.