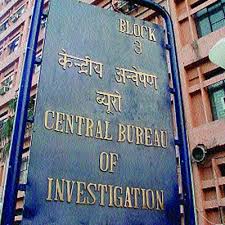 Kolkata: In a quick turn of event, the CBI officials had to stop the process of releasing on bail the four arrested TMC leaders and make hasty preparation for sending them to jail as the Calcutta High Court on Monday night stayed the bail orders granted by the CBI court.

Soon after the bail order was passed by the CBI court, CBI officials engaged in preparing the papers for the release of the arrested leaders. The leaders had also.arranged Rs 50,000 bonds for their release. Even their family members had arrived to take them to their houses.

However, when the HC stay order came few minitue past 10pm, the CBI officials had to make arrangements for sending the leaders to jail custody.

The HC passing an order late in the night stayed the bail order given by the CBI court to the four TMC leaders in the morning till Wednesday. The Trinamool Congress leaders are urban & housing minister Firhad Hakim, Panchyati Raj minister Subrato Mukherjee, former minister and MLA Madan Mitra, and former mayor of Kolkata city Shovan Chaterjee..

The HC took so motu cognisance of the unruly incident that was witnessed at Nizam Palace, the CBI headquarter in the city, soon after the arrest of the four leaders, and stayed the bail orders. The HC also expressed it’s displeasure over the way the chief minister Mamata Banerjee led the mob that vandalised the Nizam Palace. including two ministers, one legislator and a former mayor of Kolkata.