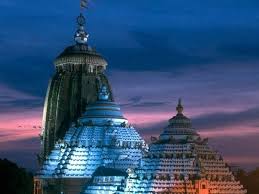 Dr.Benimadhab Padhi. Today is a memorable day for us, because 101 years ago in a small Pentha-Chikkit in Ganjam ,Benimadhab was born into a priestly family.His father was a royal priest in the Paralakhemundi royal palace.He started his education under Andhra university and passed (graduated)Bhasa Prabina and Sahitya Prabina in Odia and Sanskrit respectively. He then privately did his Post Graduation in Sanskrit from B.H.U and Odia from Utkal University and took up lectureship in Paralakhemundi Sanskrit college in 1939 .He has the distinguished service career in Ravenshaw College and Berhampur University as professor . He has been remembered for his magnum opus “Daru Devata” published in 1960. This epoch making book received mixed reactions from the intellectuals and Pandits of Odisha , because through his deep research,Dr.Padhi could effectively and arguably establish the link of Sabara cultural influences in the Cult Of Jagannath.Though Lord Jagannath has been worshipped in various names and beliefs in the Hindu pantheon,this new concept of Daru Devata was more considerably and effectively argued by Dr.Benimadhab Padhi and Majority agreed with his considered views. Since time immemorial,Lord Jagannath has been identifiable to Buddha,Jaina,Vaishnava and Shakta beliefs . The Sabara religious-cultural faith was accepted and amalgamated in the eternal,universal and Basudevya Kutumbakam philosophy of Sri Jagannath cult due to the sincere research of Dr.Padhi.He was a prolific writer and some of his literary works are -Puratana Kalingara Samajika Etibruti,Krushti O Drishti ,Odia Bhashara Rupatattva and Bhanjiya Kabyabhabana. He was receipient of prestigious Sahitya Bharati Award. I pay my humble tribute to the eminent educationist and scholar extraordinary who was born this day.
( In fond remembrance of Dr. Benimadhab Padhi on his 102 birth anniversary.)