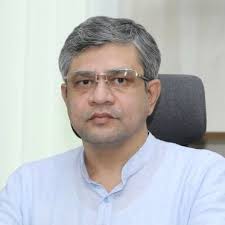 New Delhi: Union IT minister Ashwini Vaishnaw Thursday said there is no substance in the allegation of use of spyware Pegasus to compromise phone data of some VIP persons as reported in media.

The minister, while making a statement in Rajya Sabha on “Alleged use of spyware Pegasus to compromise phone data of some persons as reported in Media on 18th July 2021” said, ” A highly sensational story was published by a web portal on the 18th July, 2021. Many over the top allegations have been made around this story. The press reports have appeared a day before the Monsoon session of Parliament. This cannot be a coincidence.”

In the past, similar claims were made regarding the use of Pegasus on WhatsApp. Those reports had no factual basis and were categorically denied by all parties, including in the Supreme Court. The press reports of 18th July 2021 also appear to be an attempt to malign the Indian democracy and its well established institutions.

“We cannot fault those who haven’t read the news story in detail”, he said urging the members of the House to examine the issues on facts and logic.

The basis of this report is that there is a consortium which has got access to a leaked database of 50,000 phone numbers. The allegation is that individuals linked to these phone numbers were being spied upon. However, the report says that:

The presence of a phone number in the data does not reveal whether a device was infected with Pegasus or subject to an attempted hack.

Without subjecting a phone to this technical analysis, it is not possible to conclusively state whether it witnessed an attack attempt or was successfully compromised.

Therefore, the report itself clarifies that presence of a number does not amount to snooping.

“Hon’ble Chairman Sir, let us examine what NSO, the company which owns the technology has said. It said:

NSO Group believes that claims that you have been provided with, are based on misleading interpretation of leaked data from basic information, such as HLR Lookup services, which have no bearing on the list of the customers’ targets of Pegasus or any other NSO products.

Such services are openly available to anyone, anywhere, and anytime, and are commonly used by governmental agencies as well as by private companies worldwide. It is also beyond dispute that the data has nothing to do with surveillance or with NSO, so there can be no factual basis to suggest that a use of the data somehow equates to surveillance.

It is evident that NSO has also clearly rubbished the claims in the report.”

“Hon’ble Chairman Sir, let us look at India’s established protocol when it comes to surveillance. I’m sure my colleagues in the opposition who have been in Government for years would be well aware of these protocols. Since they have governed the country, they would also be aware that any form of illegal surveillance is not possible with the checks and balances in our laws and our robust institutions.”

“In India, there is a well established procedure through which lawful interception of electronic communication is carried out for the purpose of national security, particularly on the occurrence of any public emergency or in the interest of public safety, by agencies at the Centre and States. The requests for these lawful interceptions of electronic communication are made as per relevant rules under the provisions of section 5(2) of Indian Telegraph Act,1885 and section 69 of the Information TechnologyAct, 2000.”

The procedure therefore ensures that any interception or monitoring of any information is done as per due process of law. The framework and institutions have withstood the test of time.

The minister concluded with statements:

“When we look at this issue through the prism of logic, it clearly emerges that there is no substance behind this sensationalism.”