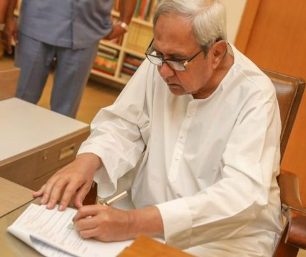 Bhubaneswar: Odisha chief minister Naveen Patnaik has ordered for a judicial inquiry into the Mamita Meher murder case. The case will be probed by a sitting judge of Odisha high court.

Making a statement in the Odisha assembly on Friday, the chief minister said, “The death of Mamita Meher was a very sad and unfortunate incident and we are all deeply anguished and pained by this heinous crime. She was a young and bright daughter of Odisha, having a brilliant future. Her death is a terrible and irreparable loss. My heart goes out to the family of the victim.”

He said that his government will ensure that no stone is left unturned to see that the perpetrators of the crime are brought to justice as per law in the shortest possible time.

Expressing shock over the manner in which the terrible and very sensitive incident is politicised, he said, “While dealing with such sensitive cases we must never forget the pain and agony the family members of the victim go through.”

“Despite their emotional appeal by the parents of the victim not to do character assassination of their daughter, the politicization of this issue sadly continues. The family was not allowed to mourn peacefully.”

“I, as the chief minister of Odisha have always worked to ensure justice for all especially for women and vulnerable sections of the society. Similarly, In this case we will move the competent court for fast track trial so that the perpetrators of the crime are brought to justice in the quickest possible time.”

Now, that this investigation is being monitored by the judiciary, if there is even an iota of evidence against anybody let it be brought to the notice of the Court.

“I am deeply concerned that there are attempts to prevent one of our colleagues – an Hon’ble Member of the August House from discharging his duties. The Indian Constitution has given crucial responsibility to the Legislature and its Members enjoy certain safeguards and privileges for helping them discharge their duties without fear, intimidation and pressure. It will be a travesty if the Hon’ble Members of the House are not allowed to discharge their constitutional duties. This is also setting a wrong precedent and such attempts can be misused anytime.”