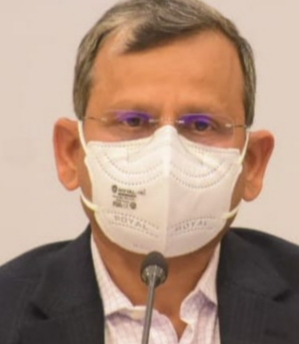 Bhubaneswar: Odisha chief secretary Suresh Mohapatra is certain to get an extension for six months. Mohapatra is attaining superannuation next month end.

The State government has received on Thursday the approval of the Centre for extension of the service of chief secretary Suresh Mohapatra for another six months. Mohapatra retirement date is February 28, 2022.

The ministry personnel, PG and pension department in its letter 26014/01/2022 dated 13.01.2022 has accepted the proposal of the State government for extension and accorded the due approval.