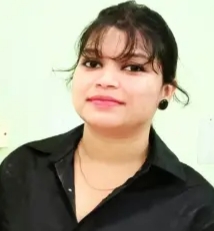 Bhubaneswar : Bhubanesar based AMIT Journalism School scores double hat-trick with its student Sriyanka Sahoo bagging gold in the Master in Journalism & Mass Communications (MJMC) from Utkal University for the year 2019-21>

Sriyanka Sahoo has secured 1895 out of 2300 marks to deserve this position which is a record breaking performance in MJMC in Utkal University. This is for the sixth time and second consecutive year in which AMIT has been credited with this achievement.

Sriyanka Sahoo is the daughter of advocate Bijay Kumar Sahoo and Panchali Sahoo of Talcher. She began her career as a news anchor at Orissapost Live. She is now working as reporter in the Mobile News24x7 English News Channel at Bhubaneswar.