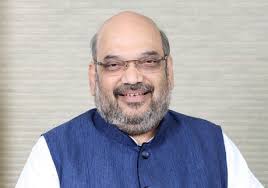 Bhubaneswar: Unable to tarnish the image of the ruling BJD supremo Naveen Patnaik and failed to match his popularity,  the BJP seems to have changed its strategy for Odisha. The saffron party is now seriously planning to strengthen its base at the grass- root level.

The saffron party has realized that it has to change the ground reality to give a fight to the deeply entrenched BJD in the state in the elections, which is due in early 2019 but expected to be held early.

The party, meanwhile,  has appointed 200 full timers to work for the party with an eye on the forth coming Lok Sabha and Assembly elections. For the full timers, 200 motorcycles have already arrived in Bhubaneswar. Besides the motorcycle each full timer would be given a Rs8000 subsistence allowance per month.  The full timers would reside in their designate Lok Sabha or Assembly constituencies and report the political developments.

Under the ‘Mo Booth Majbooth ‘ programme each leader would be entrusted 9 booths. The leader will be responsible for membership drive.

Meanwhile, technology has been put in place to send the message of Prime Minister Narendra Modi and Amit Saha to each of the voters at booth level.

With the visit of the party president Amit Saha in the second week of September, the BJP is planning to launch its preparatory activities for the elections.

For all practical purposes, the BJP is closing in on Dharmendra Pradhan to be sole in-charge of election preparation and campaign in Odisha. Pradhan would be the face of BJP in the state. The union petroleum minister is now supervising the Rs 7 crore project to make Saha’s visit to the state a big success.