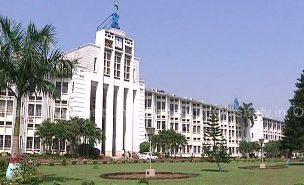 Bhubaneswar: Anger is simmering in the sealed areas of the city with essential commodities not reaching the beleaguered citizens.

The government, while declaring the localities as containment areas, had assured that essential commodities would be made available in the shut down areas by the Bhubaneswar Municipal Corporation authorities.

But, to the utter discontent of the people living in the area, milk and essential commodities are not made available to the people by the municipal corporation. The little commodities and milk that are supplied are being cornered by people living in non-sealed areas adjacent to the sealed areas as the essential milk van and commodity van sales in the main roads instead of venturing into sealed areas. The real residents are deprived of the service.

Residents of Surya Nagar, and Shanti Nagar and Jaydurga Nagar of Ward No.33 in Jharpada have complained of not getting milk and vegetables and groceries for the last two days.

What is, however, adding fuel to the anger of the sealed citizen is that the officer in-charge of essential commodity, Kamaljit Das, is not responding to phone calls.

Similarly, the sanitizer vehicles sprinkle the disinfectant only on the main roads and not getting inside the bylanes where it is required the most.

The officer in-charge of sanitisation, Bhawani Mishra, however making efforts in redressing the grievances.