If Lord Rama is a Nepali, Lord Buddha is an Indian Odia: Odisha Ex Chief Secretary 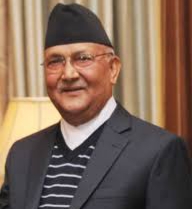 Bhubaneswar: If Lord Rama is an Nepali, then Lord Buddha is an Indian and Odia.

This has been said by Odisha’s former chief secretary Ajit Tripathy.

Recently, Nepal prime minister KP Sharma Oli has kicked off a controversy by claiming that the birth place of Lord Rama is in Nepal and Lord Rama is a Nepali.

“If Oli is claiming Lord Rama was a Nepali without any historical evidence, then he should accept that Lord Buddha was an Indian and was born in Odisha as there is enough evidence to prove so.”

Tripathy along with historians Chandrabhanu Patel and Prafulla Tripathy has written a book -New Horizons of Buddhism in Odisha- arguing in favour of Buddha’s birth in Odisha. The former chief secretary has stated in the book that Goutam Buddha was born in the outskirt of Bhubaneswar city and not in Lumbini village of Nepal.

The findings of Tripathy is hosted in http:// buddhisminodisha.com.