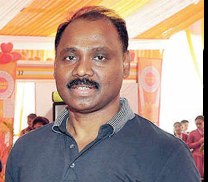 In a lighting development of incident, Murmu resigned as Lt. Governor on Wednesday night. And, by Thursday morning he was appointed as the Comptroller & Auditor General of India.

A 1985 batch IAS officer of Gujarat cadre, Murmu had served the prime minister Narendra Modi as his private secretary when Modi was the chief minister of Gujarat. He was expenditure secretary in the finance ministry when he was appointed as the Lt. Governor of J &K in October 2019.