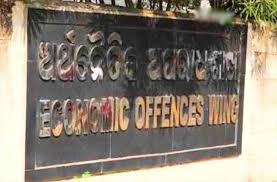 Earlier, the EOW had arrested Chandan Kumar Mahalik, Sarat Parida and Debabrata Harichandan, all directors and promoters of Vihaan, in this case.

It was on the complaints filed by 31 investors that they had been defrauded to the tune of Rs 1.20 core by the company, the EOW police swang into a action and arrested the three of the four promoter directors in October 2019.

The Vihaan company had duped crores of rupees from the people promising high returns on the money invested.