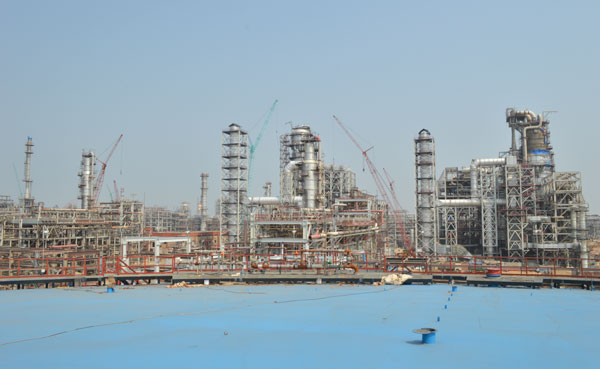 Paradip (Odisha) : The IOCL Paradip Refinery has clarified that it has no legal obligation towards the payments to the sub-agencies engaged by Punj Lloyd Ltd. (PLL).

The employees of PLL sub-agencies are on agitational path demanding wage arrears.

IOCL has clarified that it had awarded project related job contract to M/s Punj Lloyd Ltd (PLL). Subsequently, M/s. PLL had apparently engaged some sub-agencies for execution of said contract jobs. IOCL used to release the payments due to M/s. PLL as per the contractual term & condition.

In later stages of contract execution, financial condition of M/s. PLL got deteriorated and allegedly failed to clear the payments of their sub-agencies in time. Looking into weak financial conditions of M/s. PLL that were impacting the site job progress, IOCL had given some advances against the Bank Guarantees to M/s. PLL.

Meanwhile M/s. PLL had gone under insolvency process (under National Company Law Tribunal (NCLT), Delhi).  In the month of Oct’19, the financial condition of M/s. PLL got further deteriorated and could not maintain the site and demobilized their staff. While demobilizing, it is alleged that they could not apparently clear the dues of their sub agencies and left the site.

IOCL also tried to invoke/ encash M/s. PLL BGs available with IOCL and could not invoke major portion due to stay from NCLT court.

Currently the matter is pending before NCLT, Delhi, therefore these agencies of M/s. PLL may take up the matter suitably with Resolution Professional (RP) appointed for M/s. PLL by NCLT, Delhi for filing their claims.