Odisha Ecotourism pays back to community 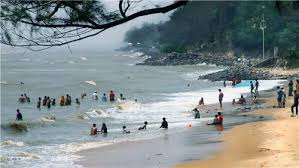 Bhubaneswar: Odisha is the only State in India to have initiated Community Model of Ecotourism where 80% of the revenue is getting diverted back to Community itself, said the State forest & environment minister Bikram Keshri Arkhu.

The minister said while releasing the Ecotour Annual Report 2019-20 of Community Managed Nature Tourism in Odisha on the occasion of the State level wildlife week celebration 2020.

The Annual Report 2019-20 highlights the steps taken by Wildlife Organization of Forest & Environment Department for upscaling of Ecotourism activities in State. The details of Infrastructure development during last year.

During last year seven new Ecotourism destinations were created at Barehipani(Similipal), Chandipur, Chitrakonda and Satiguda of Malkangiri District neighbouring both Chitrakonda and Satiguda reservoirs, at Nrusinghnath, within the Pine Forest of Koraput, overlooking Patora Dam of Nuapada District and at Tensa of Sundargarh. Among these three locations have been opened for online booking by tourists and the response of Barehipani Ecotourism has been overwhelming.

After addition of these seven Ecotour properties the total number of Ecotourism destinations comes to 47, 333 rooms with capacity of 1010 ecotourists/day. More than 600 community members are now engaged in these Ecotourism Nature Camps. Nineteen number of new rooms have been added in popular locations like Bichitrapur, Kumari and Gurguria of Similipal, Mandasaru of Kandhamal district etc.