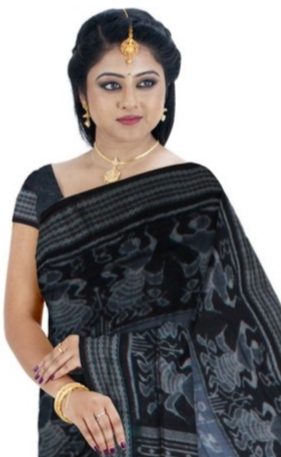 Bhubaneswar: After gaining national acclaim as a magnificent, traditional tie and dye variety, Odisha’s Ikat is now on its march towards a ‘global brand’. This was discussed in a high level meeting held under the Chairmanship of Chief Secretary Sri Sit Tripathy over digital mode from State Lok Seba Bhawan today wherein Secretary Textile, Handloom & Handicraft Smt Shubha Sharma outlined the proposals for discussion.
Taking an area wise review of the Ikat designs in Odisha, Chief Secretary Sri Tripathy directed to “transform Odisha’s best products to world brands through addition of high design, affluent colour, towering quality and supreme prominence”. Sri Tripathy added, “The benefit of such interventions should go the weavers and artisans”. He asked the department to scale up international visibility through organization of expo-exhibitions at various prominent places and star hotels.
Further, chief secretary Tripthay emphasized on mobilizing private sector investment in development of the handloom sector. He directed the department to “identify ‘good performers’ from among the officers and technical experts in department; entrust them with responsibility of working out aspirational business models and sale those with prospective private partners. Tripathy also asked the departmental secretary Sharma to interact with the technicians and artisans and brace them up for higher ends.
Further, Tripathy directed the department to develop Balijury Haat of Bargarh district to the Largest Open Ground Cloth Market in Asia with modern amenities and all types of market linkages. Emphasizing on attracting young talents to the sector, Chief Secretary directed to start internship and scholarship programmes in the fields of innovative design, motif making, banding, mixing, yarn making.

It came out from the review that Pasapali, Sonepuri, Bomkai and Kotpad design of Odisha are fast moving varieties. These sarees have greater potential of being developed to ‘world designs’. It was decided to focus on these verities in the first phase. In the meanwhile, the size of handloom market in Odisha has been enhanced to the tune of Rs.600 to Rs.700 crore. Chief secretary directed to multiply the turnover in coming years.

Director, Textile, Handloom and Handicraft Jyoti Prakash Dash appraised, “these verities are mostly prepared in Bargarh Sonepur, Kalahandi and Koraput regions. The traditional weavers of these areas posses excellent traditional expertise in these tie & dye designs”. Secretary Sharma added, “The weaver incites the design by the warp or weft or by both. If it is only warp or weft it is called single-ikat, and, if both it is called double-ikat”. The double ikat design is also referred as Potala sarees. Odisha’s tie & dye design (Bandhalaka) has also earned GI tagging. Director Dash said, “As of now 166 new designs have been developed. The process for second phase of design and reference collection has already been started”.
It was decided in the meeting that internationally reputed designers like Rta Kapoo Chistie, Abraham Thakore, Rakesh Pratap Singh, Anjali Kalia and Bihu Mohapatra would be invited to be involved in promotion of Odisha’s designs. The weavers would be provided good quality yarn in advance to keep their looms running. Bayanika, Utkalika and Sambalpuri Bastralaya would be provided interest free working capital to purchase products from the weavers. Focus would be laid on e-commerce. Director Sri Dash apprised that in the meanwhile tie up was made with Flipkat, Amazon and GoCoop. It was further decided to connect more and more wavers with GEM portal for direct sale their products at best price.

The senior officers of the department of Textile, Handloom & Handicraft, Bayanika, Utkalika and Sambalpuri Bastralaya participated in the deliberations.