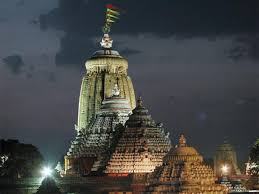 London/ Bangaluru/ Bhubaneswar/ New Delhi : Neem tree from Bhubaneswar in Odisha has been identified for making Jagannath, Balabhadra, Subhadra deities for the Jagannath Temple that is comining up over four acres of land in London.

The vision, objectives and roadmap of the coveted structure has been deliberated during an International Webinar convened by Jagannath Temple Trust, U.K. recently. The Webinar was presided over by the chairman of the Trust, renowned Physician Dr. Sahadev Swain.

The Trust general secretary Dr. Prakash Dey presented the programme and planning of the Temple through a Power Point.

The Temple shall emerge as the epicentre of Jagannath cult and culture in entire Europe narrated by Dr. Dey. The services scheduled to be rendered by the proposed Temple include spiritual and religious deliberations, quality education on religion and faith, cultural performances, philanthropic activities and promotion of harmony, understanding and mutual respect among different religious beliefs, practices and faiths.

The future aim of the Trust is to deliver socially relevant projects for the Odia community. The broad concept of the Temple also contains the opening of an Odisha Cultural Centre with the help of government of Odisha having inbuilt facilities of a library with research and reference provision on Odisha, a Cafeteria serving Odisha’s traditional food items, an auditorium and a guest house.

Gajapati Maharaja of Puri Shri Dibya Singh Deb has been thoroughly briefed about the upcoming temple proposal and the Trust has been assured of his patronage and guidance, informed chairman Dr. Swain.

Attending the virtual session as the guest of honour Prof. Sanjay Satapathy of Ravenshaw University proposed that the wood of the auspicious Neem tree having the images of Conch, Wheel, Mace & Lotus grown in his official residence at Bhubaneswar may be used for the carving of idols of four deities i.e Jagannath, Balabhadra, Subhadra and Sudarshan. The chairman and all the trustees present in the digital platform heartily welcomed the proposal and unanimously endorsed it.

Esteemed Guest Senior Journalist Kishore Dwibedi, congratulated the Trust Board for taking up the Temple project and assured all kind of help, co –operation and Support for its implementation. The Chief mentor of Odisha without Border Nihar Samantara, stressed on the dire need of the temple at London keeping in view of the faith and belief of numerous Lord’s Devotees there. Justice J.P. Udgata expressed confidence that the Lord of the Universe will surely find His own way out for the establishment of His abode.

The construction of the temple has the approval and blessings of supreme saint Swami Nischalananda Saraswati, the Shankaracharya of Puri and spiritual guru Chandrabhanu Satapathy, conveyed the Trustees. Conducted by Trust Board member Sukanta Sahu, the Webinar was attended by Trustees like Bhakta Panda, Bijay Sahoo, Er. Rashmi Nanda and Dr. Chetan Satapathy.