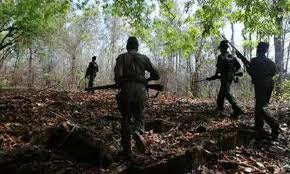 New Delhi:  Security forces in Bihar killed three Maoists including zonal commander Alok Yadav in a gunfight, past mid night Saturday. The exchange of firing ensured when the security forces started a search operation in Barachatti forest in Gaya district, about 100 km away from State capital of Patna.

The joint operation by the Bihar Police and the 205 CoBRA (Commando Battalion for Resolute Action) recovered one AK-47 rifle and one INSAS rifle from the encounter site.

Following an information that the zonal commander Yadav had killed two person in the area, the security forces at around 12.20 launched the search operation.

According to an official release, “There was exchange of fire between 205 CoBRA commandos and maoists at Mahuri village area today morning when a cultural programme was going on near a temple.”

The COBRA or the Commando Battalion for Resolute Action is a special jungle warfare unit of the Central Reserve Police Force that is deployed in the State for anti-Maoist operations.