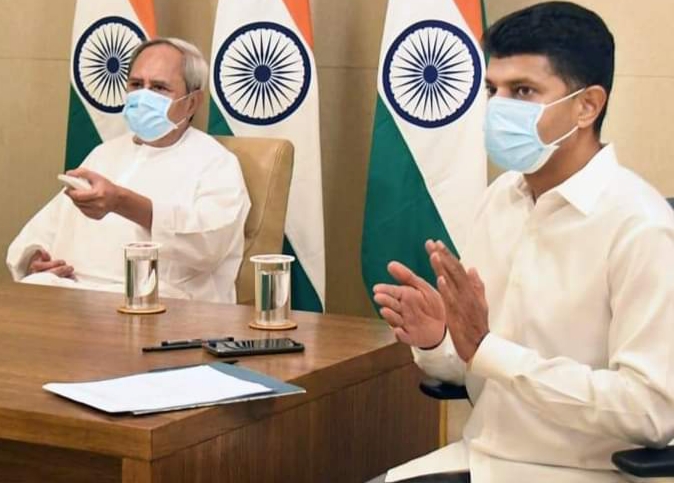 Bhubaneswar: Riding on the success of Mo School campaign, the State government Sunday went a step further to connect global Odia alumni to their alma maters in Odisha.

The campaign aims at making the higher education eco-system more organic and innovative.

Chief minister Naveen Patnaik today rolled out the Mo College Campaign, launched the web portal on virtual platform and called upon the Odia alumni across the globe to be a collaborative force in rebuilding their own Institutions in their motherland.

The chief minister said that the State government has been taking steps to enhance the structure and functioning of higher education. Never the less, the personal contribution of the alumni will have a magical touch to it, he added.

The chief minister believed that Mo College would bring similar response for higher education Institutions as that of the Mo School.

Welcoming the Odia diaspora round the globe and alumni members of different colleges who were connected through live streams the chief minister said that, this campaign is an emotionally invested platform reconnecting the Odia alumni , and added that there’s nothing more rewarding than going back to the treasured memories of our college days.

The CM further said that the campaign is not limited only to the alumni. Non- alumni philanthropists, charitable organizations, group of persons and institutions can also be part of this initiative, he added.

Saying that the mission strives for a healthy learning atmosphere, the CM underlined, it is grounded on the principles of nation-building, promoting creativity, skill development and nurturing team work, thereby making the colleges and universities an innovative and exciting place to study.

Patnaik further said, “We all should realize the joy of giving back to our respective alma maters, where we enjoyed the most vibrant period of our youth, and shaped our future.”

.He further said that ,the contribution of our schools and colleges are enormous in our life .So this is the right platform to be a part of the development of the alma mater he added.

Welcoming the dignitaries chairperson of the Mo College campaign Akash Das Nayak gave a detail account about the campaign and it’s future course of action. .

Among others chief secretary Suresh Chandra Mohapatra also spoke on the occasion .

As many as 755 government colleges and universities including technical and professional institutions are included in the campaign .

.A corpus fund has also been constituted by the State government to support the movement .