New Delhi: Prashant Kishore, the country’s star poll strategist who engineered victory for Narendra Modi in 2014 Lok Sabha elections and Nitish Kumar in 2015 Bihar Assembly elections, is finding it difficult to work with Congress in UP during this poll time. Prashant is at loss when it comes to work out a strategy for Congress in UP for the forthcoming assembly elections. The Congress in UP has no clear objectives like the BJP in 2014 and Janata Dal (U) in 2015 elections. More so, the internal bickering is so intense that leaders are morekeen to see the defeat of rivals in the party rather their own victory. And, what is worse, the party leaders working overtime to put in place a strategy to oust Prashant from the job. 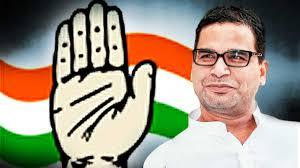 Prashant was kept out of a strategy session for the party in UP campaign last week. Not only that , he along with his team have been dislodged from the Congress war rooms on Mahadev Road and Rakabganj Road and located in a market complex in Noida.