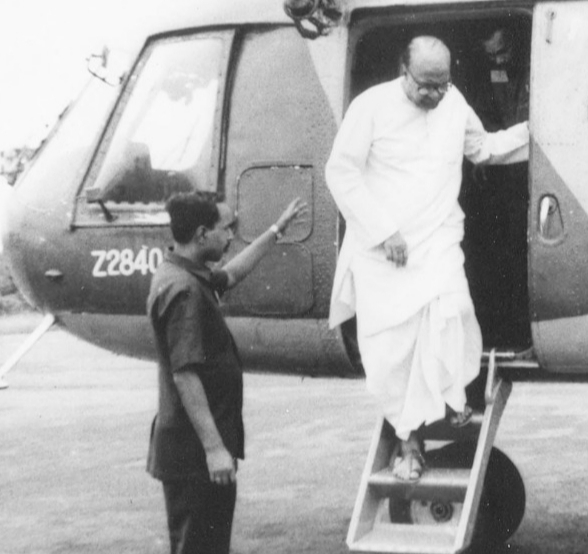 New Delhi: Long years back during the British regime in India, a young man in Cuttack, in the East Coast of India, had a dream.

The dream to fly high, high up in the air braving the storms.

He loved the steel birds, impassioned to fly them across continents.

And then, there was a Flying Club in Delhi that was ever ready to make such dreams realized.

Biju Babu’s tryst with Delhi Flying club created an epoch in the aviation history of India.

Among many of Biju Babu’s dare devil actions in the air, his role in Indonesian freedom movement is the most celebrated.
His heroic act at Srinagar during Pak aggression in 1947, his help to Soviet Red Army during the Second World War and his support to leaders like jayprakash Nathan ,
Aruna Asaf Ali by ferrying them to different places during freedom struggle are a few instances of his undaunted spirit.

He is probably the only person who participated in freedom movement of three countries—India, Indonesia and Russia.

Today I am delighted that Delhi Flying Club is celebrating the 105th birth centenary of Biju Babu by dedicating 5th march every year to honour and recognize legendary pilots of India.

Delhi flying Club is an iconic flying institution of India from where Biju Babu received his flying license.

The people of Odisha and India owe to the Delhi Flying Club for adventures of Biju Babu in aviation.

I thank Dr. B B L Madhukar for revitalising the memories of Biju Babu as an aviator.

Biju Babu continues to be a great source of inspiration for all of us.
He always encouraged us to use our potential to stand strong for the weak and disadvantaged in the face of strong adversity.

We will always make endeavour to fulfill his dreams, his ambitions to recreate the glory of Kalinga.

I wish the Delhi flying Club all the best in its endeavour for serving the nation.